Welcome to the
UNESCO world heritage

Here you can find information about the German UNESCO World Heritage Day on June 6th, 2021

Hedeby and Danevirke are an outstanding testament to the Viking Age. On the narrowest strip of land between the Baltic and the North Sea, the Schleswig isthmus, they secured the border area between Scandinavia and Central Europe. This special position enabled extensive trade and exchange between the regions and the seas.

The commercial town of Hedeby was integrated into the ramparts of the Danevirke, which served as a border fortification and continued to be expanded by the Danish kings over the centuries. Hedeby was a flourishing trade centre in this border region. It was a hub of long-distance trade and had a thriving community of craftsmen.

Today, Danevirke and Hedeby stand for the close collaboration of Danes and Germans living together in this border region.

Hedeby and Danevirke have been UNESCO World Heritage Sites since 2018.

Who are the vikings?

The term »Viking« is used in different ways: historically in the »Viking Age« and in a modern way since the 19th century. The original meaning is known from rune stones and other written sources, where the word »Viking« refers to trade, raids and wars taking place far away from home. Therefore, Vikings are seafarers who »go viking«. The term does not refer to a nation or ethnic group. Today, »Vikings« mean all Northern Europeans in the historic period of the Viking Age (8th–11th century) and all people speaking Old Norse with a similar material culture.

Discover the archaeological Border complex of Hedeby and the Danevirke

In the Viking Age from the 9th to the 11th century, Hedeby is the most significant hub of long-distance trade in Northern Europe and a location for highly specialised craftsmen forging gold and tools and manufacturing glass beads and combs.

The Sea-barrier near Reesholm is constructed in the 8th century to control the crossing of the Schlei at this bottleneck. The depth of the water, which is one metre shallower than today, makes crossing easier. The wooden fortification, spanning up to 1.6 kilometres in length, closes the gap between the ramparts of the Danevirke to the west of the Schlei and the East Rampart at the border to the Danish-populated Schwansen peninsula in the east. 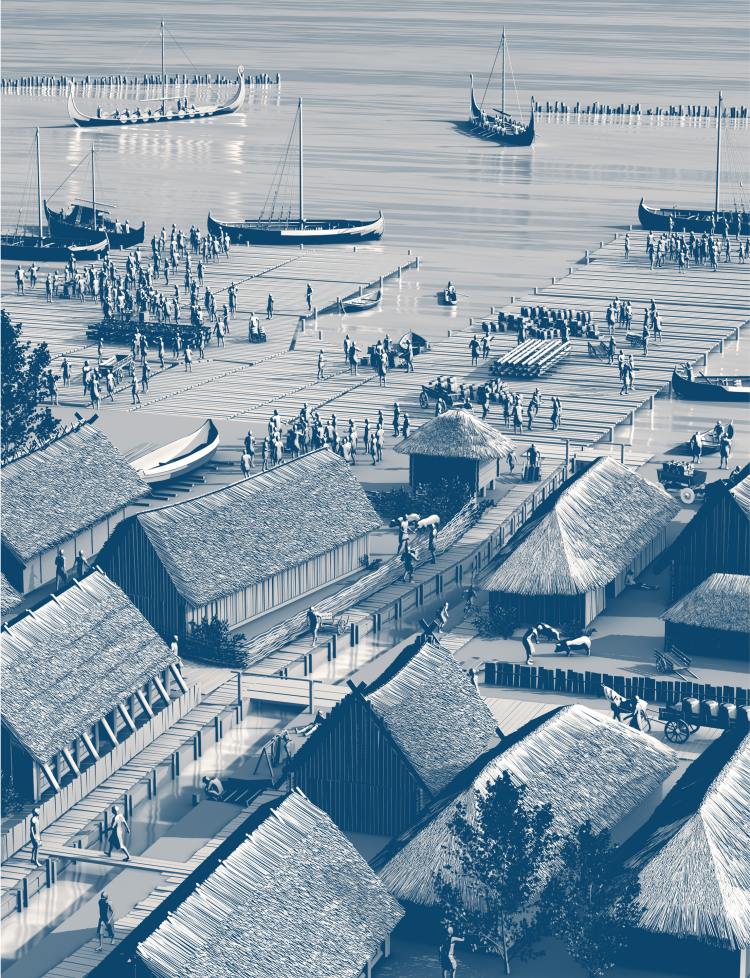 Over more than 700 years – from ancient times through the Viking Age to the High Middle Ages – the Danevirke is expanded and reinforced multiple times. The fortification system comprises constructed structures such as earthwork, timber palisades, trenches, stone walls and a barrier on the Schlei. Natural barriers such as bodies of water and lowlands are also parts of the Danevirke. It secures the border of the Danish Kingdom to its southern neighbours and controls the land route between the North and the Baltic Sea. 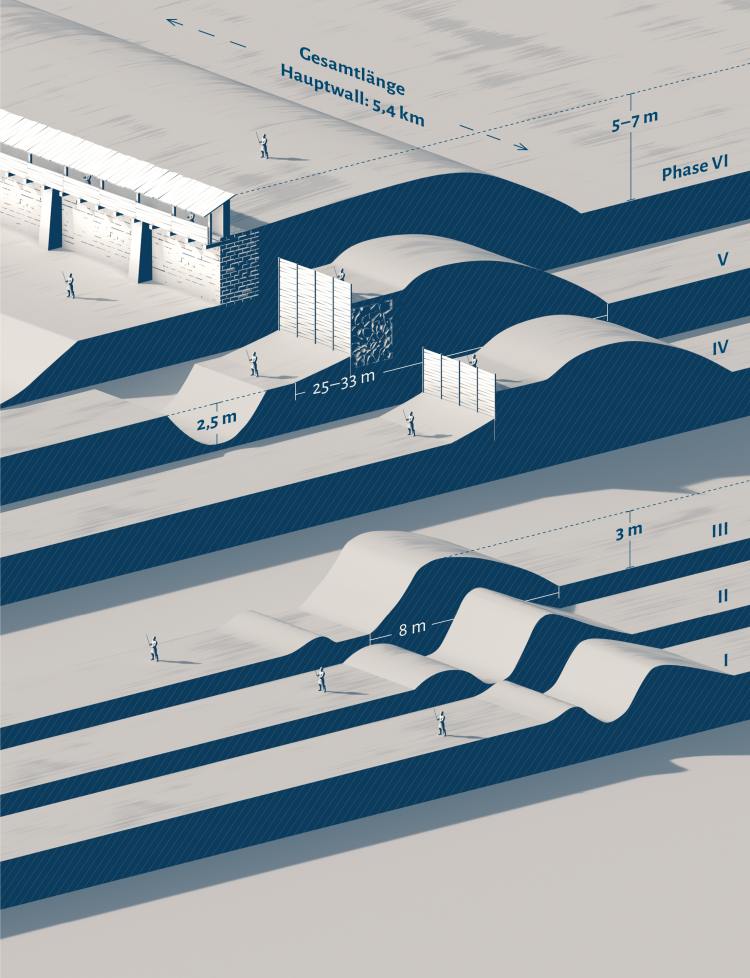 Archaeological Border complex of Hedeby and the Danevirke